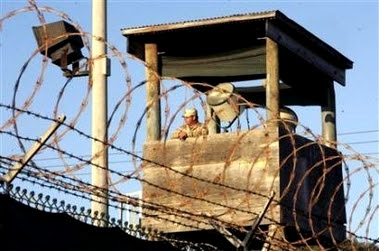 An article co-written by a former Congressman and carried by the San Francisco Chronicle has gained much attention recently as it shines light on a coordinated federal government program to build detention camps at undisclosed locations within the United States.
"Since 9/11, and seemingly without the notice of most Americans, the federal government has assumed the authority to institute martial law, arrest a wide swath of dissidents (citizen and noncitizen alike), and detain people without legal or constitutional recourse in the event of an emergency influx of immigrants in the U.S., or to support the rapid development of new programs." write Lewis Seiler and former Congressman Dan Hamburg of the watchdog group Voice of the Environment, Inc. Go to----
http://www.infowars.net/articles/february2008/210208Camps.htm Thanks Linda.
Posted by T. Jan Rose , Web Manager at 6:08 PM