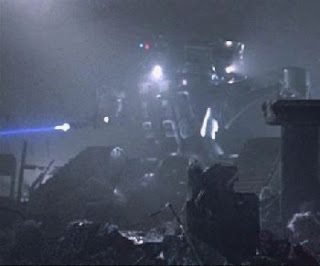 Many nations are now involved in developing the technology for robot weapons, with the US Department of Defence (DoD) being the most significant player. According to the Unmanned Systems Roadmap 2007-2013 (published in December 2007), the US propose to spend an estimated $4 billion by 2010 on unmanned systems technology. The total spending is expected to rise above $24 billion.
Over 4,000 robots are currently deployed on the ground in Iraq and by October 2006 unmanned aircraft had flown 400,000 flight hours. Currently there is always a human in the loop to decide on the use of lethal force. However, this is set to change with the US giving priority to autonomous weapons - robots that will decide on where, when and who to kill. To read this full story, go to.---http://www.cyberneticsnews.com/research/Killer_military_robots_pose_latest_threat_to_humanity.asp
Posted by T. Jan Rose , Web Manager at 8:37 AM