O.K. folks, I'm starting on a brand new journey/adventure, and am really excited....yeah!...Into that wild Blue....that's the wild BLUROOM I go....Marching straight ahead, one excited step at a time....kinda.
I'm beginning a 14 day group of treatments, one each day...first started last Monday, August 22nd, of Bluroom sessions in Yelm. To see and understand BLUROOM, go HERE.
I'm posting a recent photo of me [ of course Jan]...and, singer/song writer MICHAEL PATRICK COUCOULES/guitar/bass/vocals...that was taken at last Monday night at THE BARTLETT ON BASS Jazz Jam @ UNCLE SAM's BAR AND GRILL in Spanaway, WA.....16003 Pacific Ave. to be exact. AND, I'm looking good, of course. So, that's why I'm posting it. Thanks Michael...you're looking good too. I'll post more of your photos below from last week's jazz jam.
Anyway, I'm telling everybody about these treatments because,..well, 'cause I will be busy and may want , you know ,some quiet spiritual meditative time to myself during the next couple of weeks [it hasn't kicked in yet....still love to talk and write, but who knows, anything can happen] and I won't be online like usual. ...O.K....so don't worry. Just taking care of myself, Jan
-----------------------
More photos by Michael Patrick Coucoules below, from last week's BARTLETT ON BASS Jazz Jam.

What! What's 'Half-SASS'anyway? Oh, you know.....it's just part of the usual SASS guys were at LINCOLN PARK in Tacoma yesterday for the LINCOLN INTERNATIONAL FESTIVAL . It was hot, like summers are 'spose to be, and some of the SASS guys, namely STEVE MERRIAM/guitar, and ANDRE THOMAS.drums were elsewhere... having a well earned vacation.
So, who was there?...at the park I mean? Well, there was , of course, the one and only Ms. SHELLY ELY/amazing vocals, and that Funky Fat Bottom man, Mr. STEVE BARTLETT/bass...BUT, those are regular SASS guys...huh?...you know them already, don't you?
Let me  tell ya 'bout the new guys that were filling in for Merriam and Thomas O.K? On guitar there was GARY CROOKS and on drums BILL RAY...so, we were cool we had our base's covered. Yeah!
Now, for today....TRADITIONS in Olympia have their monthly Jazz Jam. Yeah, every second Sunday of each month 'round 2 to 5pm....cool! We;re going. I'll find the address and post it here. O.K?....see link. Jan
Steve's working up some tunes and will be ready to join in today. See ya. Jan
------------------------
Working up these tunes for today. 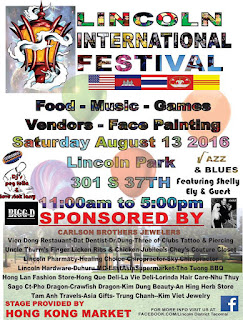