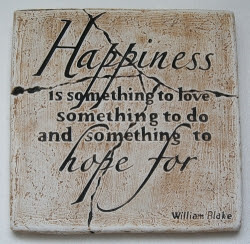 William Blake. Cool. Did you know? William James was raised in a highly intellectual household: his father Henry, Sr. was a Swedenborgian theologian, his sister Alice wrote lengthy, literary diaries, and his brother Henry, Jr. became a renowned novelist. William himself studied art and geology before recieving a professional medical degree from Harvard university, where he taught for thirty-five years. Despite an energetic constitution, James struggled throughout life with such severe bouts of hypochondria, melancholy, and depression that he regarded himself as persisting only by means of a deliberate effort of will. Upon his death, however, a friend expressed great respect for James's wisdom, integrity, and equanimity. From http://www.philosophypages.com/ph/