Yep, Smokey Was First...I Heard This Through The Grapevine 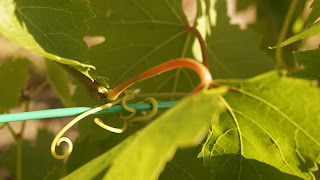