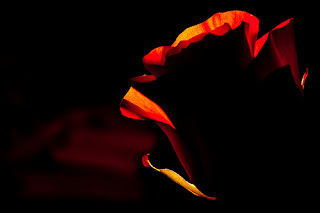 First published on NIGHT ROSE. on 10/14/10. Jan
Well, this has been an eventful week for local music in my Yelm home and the surrounding areas.

1. First, the sad music news reported on 10/10 by Michael Joseph, a farewell party will be held at THE BLUE BOTTLE in Yelm on 10/23. There has been no new postings on THE BLUE BOTTLE CAFE for quite awhile. The Blue Bottle's address is 309 Yelm Ave East, phone is 360/458-4611. So, now I've had the news from owner Michele Jones, I was wishing this news was not true. But, it's true.
2. Kenny WilliamSon contacted me several times this week, telling me that he or his band 'The Kenny WilliamSon Band'[checking on band members now] maybe playing at CLARK's BAR AND GRILL at the Tehoma Golf Course in Yelm on 10/25.  Reported 10/15-Kenny will NOT be at Clark's  on the 25th. Address 15425 Moseman Ave. S.W. ,phone 360/458-3332. The details are being worked out with Clark's owner Steve. Kenny will NOT be playing at Clark's this Saturday, 10/16 or 10/25, as he reported eariler. But good news.... he'll be at UNCLE SAM's that's 7 pm, in Spanaway on 10/24, filling in for drummer Dylan Lanny England, so go to Uncle Sam's to enjoy Kenny's great drumming, we'll miss you in Yelm this week Kenny. Have a great day off Dylan. We love your drumming too Dylan.
3. Musician, Eric Delome of BLUE WAVE' reports on FACEBOOK that his wonderful birthday party was due all to the kindness of Martin and Barb Salinas.."THANKS FOR YOUR LOVE and All The Wonderful Music around You. The music is the sound of The LIFE. I WISH YOU SUCCES and JOY. YOURS Eric" . 'Happy Birthday, Eric!'. And, thank you Martin and Barb, owners of LIQUID SOUL.
Sounds like Eric had a great time last week at LIQUID SOUL COFFEE ROASTERS. There was birthday cake [Barb's a great cook], a great jam with no cover too. Cool. Address 35025 90th Roy, Wa....Where...Behind BAYDOS at the McKenna 'Y'. Phone 360/400-soul. This info. was found online on both MARTIN SALINAS and ERIC DELOME FACEBOOK pages. "There were some folks with standing room only" states Martin, so Martin wants to do it again! Yay Martin!
So, THE MARTIN SALINAS BAND [I am checking on this bands' members.. Martin, Eric and more...have sent notes to Eric, Martin and Barb...sure I'll hear before Saturday, 10/16..and I will post it].The Martin Salinas Band will be playing this Saturday at LIQUID SOUL COFFEE ROASTERS. The band was confirmed on Martin and Barb's Liquid Soul Web Site. and Martin's FACEBOOK page too, but, not members of the band. Liquid Soul does not say if there will be a cover or cake, but it's only a $5.00 cover, if there is any., so no problem. Music starts at 8pm this Saturday, 10/16 at Liquid Soul. Address and phone above. Oh, I almost forgot, Liquid Soul has an open mic tonight ..Thursday at 6 pm. So, musicians bring your axe. Let's keep live music happening in this area.
4. Lot's happening at UNCLE SAM's BAR AND GRILL in Spanaway this week. Last Sunday, 10/10 Shelly Ely hosted a Benefit for Craig and Kathy at Uncle Sam's. Shelly reports it was very sucessful. Great. We really enjoy Uncle Sam's Bar and Grill. Lots of musicians, playing every week. Address: 16003 Pacific Ave. Spanaway WA. 253-507-7808. Music was all day long and several bands played last Sunday. Wish we could have been there. Soon.
The famous guitarist, JERRY MILLER [Moby Grape] plays every Thursday night at 7 pm at Uncle Sam's.... That's TONIGHT! What a treat, and, THE SHELLY ELY JAM starts at 7 pm every Sunday night. Next jam this Sunday 10/17. With SHELLY ELY/vocals and DYLAN LANNY ENGLAND/drummer and more folks too. They both keep me updated on FACEBOOK. They're fantastic and both are at Uncle Sam's each Sunday. Wow. Get your axe, go to Uncle Sam's Bar And Grill 7 pm to 10ish on Sundays and have a really good time with other very talented musicicians.
6. WILLOUGHBY's RESTAURANT And LOUNGE in Yelm have nothing new to report.
-------------------------------------------------------------------------------------------
7.Review: Live Music.. THE BEST BET: Tonight and this week. Thursdays...10/14- JERRY MILLER's at UNCLE SAM's in Spanaway..7 pm. 10/14- OPEN MIC at LIQUID SOUL in McKenna...6 pm.
Friday 10/15..no events reported.
Saturday 10/16- MARTIN SALINAS BAND [still checking on members of this band, Eric Delome, Martin Salinas and ?-j] at LIQUID SOUL in McKenna..8 pm. Note: 10/16 THE KENNY WILLIAMSON BAND[still checking on members of this band, Kenny WilliamSon and ?-j] NOT appearing at CLARK's BAR AND GRILL in Yelm as reported earier.
Sunday 10/17-THE SHELLY ELY JAM at UNCLE SAM's BAR AND GRILL 7 pm.
-----------------------------------------------------------------------------------------
NEXT WEEK: Live Music.
Thursday 10/21 JERRY MILLER's at UNCLE SAM's 7 pm. 10/21- OPEN MIC at LIQUID SOUL in McKenna..6 pm.
Friday..no events reported.
Saturday 10/23-..BLUE BOTTLE CAFE in Yelm..farewell party..call for time or if music. UNCLE SAM's in Spanaway..O DARK 30..a benefit, call for start time.

Sunday 10/24..SHELLY ELY's JAM at UNCLE SAM's 7 pm. KENNY WILLIAMSON will be sitting in for DYLAN LANNY ENGLAND with Shelly and others.