Time Change For The Royal 'BE HEAR' Gig Next Tuesday 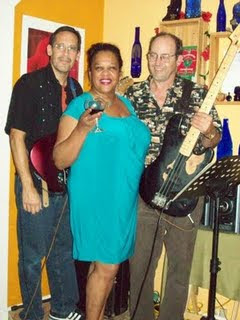 'BE HEAR' will share the stage with Shameka and her band 'PRESS' at The Royal Lounge in Olympia next Tuesday night. Shameka's band will begin at 8pm, with 'BE HEAR' following around 9:30pm.
'BE HEAR' featuring stunning Cara Clarke on vocals, Stefan Abuan, song writer/guitarist and funky Steve Bartlett On Bass, Darlene Jones will be the guest drummer.
Lots of fun and dancing. Halloween costumes.