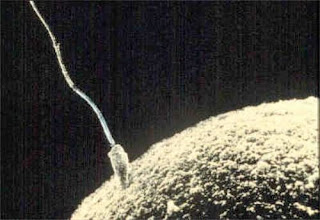 It looks like males will soon be irrelevant to the survival of the human race.
Scientists at the University of Newcastle have managed to create human sperm cells using a female embryonic stem cell.
The researchers, led by Prof Karim Nayernia, had previously created primitive sperm cells from male bone marrow. They’re currently working on making the cells from female bone marrow, which would be much easier and more practical than creating them from embryos. For the whole article, go here.------