What We Believe ' MATTERS' 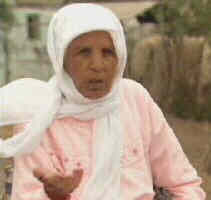 in 1955 in a small village just outside Casablanca, 26 year old Zahra Aboutalib is pregnant with her first child. She was looking forward to giving birth, but after 48 hours of painful labour, she was rushed to the local hospital. Doctors informed her that she would need a caesarean section. On the ward Zahra saw a woman in terrible pain die in child-birth. She fled the hospital fearing she would meet the same fate if she remained.
In the days that followed, Zahra continued to suffer excruciating labour pains but the baby remained resolutely in her womb. After a few more days the pains ceased and the baby stopped moving.
In Moroccan culture, it is believed that a baby can sleep inside the mother to protect her honour. Zahra believed this myth and put the pregnancy out of her mind. She adopted three children and in due course they made her a grandmother. This Web Site has lots of interesting stories. Go to