Secrets of the Pharaohs 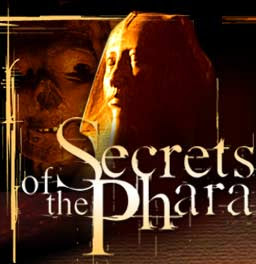 When archaeologist Howard Carter discovered the tomb of Tutankhamun in 1922, he found not only the mummified remains of the boy king inside but also those of two unidentified fetuses. Can these tiny bodies, set aside for more than 70 years, now reveal the reasons behind Tutankhamun's untimely death and the fall of the famous 18th Dynasty? The 18th Dynasty was perhaps the greatest of the Egyptian royal families, ruling for approximately 200 years in the middle of the second millennium B.C. But Tutankhamun was the last of the line and questions remain about why his family died out. One prevailing theory suggests the dynasty became so inbred that a genetic disease eventually struck it down. For the first time, two American scientists are trying to answer these questions and draw up a complete tree of the ruling family. They have been given permission to take DNA samples from the royal mummies and from the fetuses, and their analysis is revealing startling clues about the relationships between the family members. Great Site--Go to---
http://www.pbs.org/wnet/pharaohs/
Posted by T. Jan Rose , Web Manager at 4:41 PM