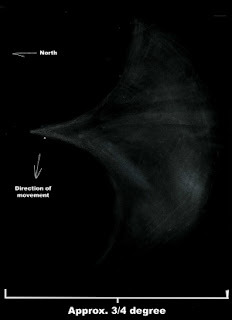 OBJECT SEEN OVER THE EASTERN AND SOUTHEASTERN U. S. ON MONDAY, DECEMBER 10, 2007
Our Center has received several reports from Alabama, Florida, North Carolina, and Georgia, Massachusetts, and Vermont of an object that was visible for approximately 45 minutes from each of those locations.
We do not know, yet, what the object was, but from our experience with similar reports over past years, our suspicion is that the object may be a spent rocket, which was "parked" in high orbit, and from which the excess fuel was released from its fuel tanks.
The fact that the object could be seen from both Williston, Florida, and Canada, at the same time suggests to us that the object was very large, and at a very high altitude above the surface of the Earth. At this Web Site, check it all out. 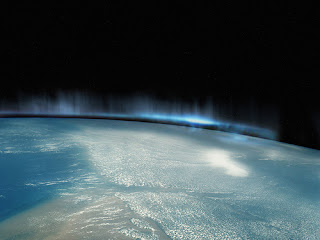