News On The Dinner Party 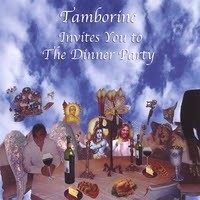 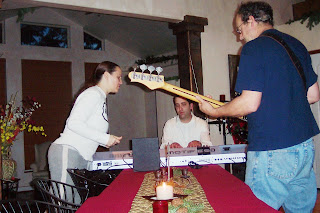 Tonight, December 17th was another great rehearsal for 'The Dinner Party' in Yelm at the Blue Bottle Saturday, December 29th.Time to be announced. That's at 309 East Yelm Ave. phone 360/458-4611. Tambourine Tamborelli is gathering her band together and having exciting rehearsals each week with those same great musicians. These band members are: the great Tod Lemkuhl on Guitar, talented Jon Baroni on Keyboards, fantastic Michael Harrison on Drums, Fine Clint on second keyboard, and of course, Awesome Bartlett On Bass, Tambourine will be doing her dynamic lead vocals. With other fantastic musicians being announced. Tickets are $100.00, couples-$150.00, and are now available at http://www.tamborelli.net/ . Dinner will be served along with great acting, dancing, live music, dinner and wine included with the ticket. Children under 12 free. So, plan to celebrate life, at this fantastic event on December 29th. To hear a sample of music being performed on Dec. 29th Click on http://www.tamborelli.net/ . 'The Dinner Party' CD is also available athttp://cdbaby.com/cd/tamborine . Tambourine also has written and will be performing some new beautiful songs for this live event. Don't miss it.
Posted by T. Jan Rose , Web Manager at 7:58 PM